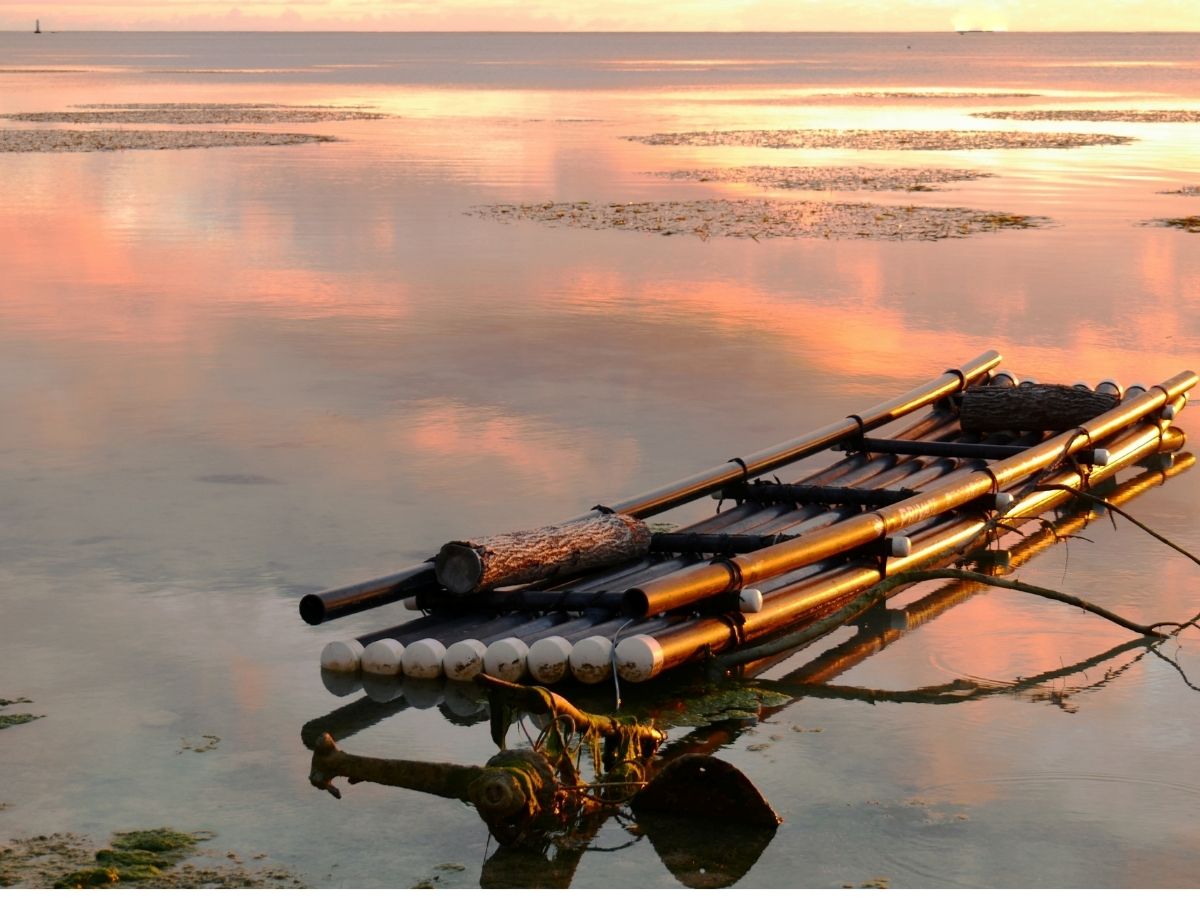 Another week, another teamwork task. While driving to the yet another unknown location, we had a pretty good idea this time about what’s ahead of us. Since the staff was once again very secretive about what’s about to happen, we only had an option to guess. We had to put weatherproof clothes on and the location to meet was next to Pirita river. So it wasn’t a very wild guess that it will probably have something to do with water. Also, since none of our startups deal with water preservation project, we assumed this episode is related to teamwork and team motivation. We were correct.

Build a raft of the materials you have in hand and keep in mind that it has to hold 2 people. These people will later have to race with other teams downstream about 300 meters.

Startups and products or services they build are different. So are their teams. Have you heard about what Google’s extensive research found out about the best teams? Among other findings, they figured out that the teams, where every team member has an opportunity to express his/her thoughts and where he/she feels that it is safe to do so without judgment from others, the teams work best.

Similarly, we took our time to thinking through our product (read: the raft). We calculated how it should be built to be able to carry our two team members and proposed various ideas where we stuck to the one building a square raft with an X-shape support in the middle. Everyone planned, gave input together and we took it slow at the beginning. Figured out the plan and only then started the actual building part with testing in the middle. We weren’t unfortunately allowed to try the raft out in the middle, otherwise we would have completed the testing phase as well.

Our two boys took part of racing and it wasn’t much of a race at all. They decided to take it easy and act according to the plan, which included catching the stream at the right place to let the raft flowing naturally. They were able to deliver according to what we had planned and finished third. Other teams had to struggle with breaking water, while our team members had an opportunity to enjoy the weather, listen to the birds singing and calmly paddle to the finish line.

For us it was great example of how planning is the key and how we are used to working together – towards the goal and reaching it with fun included!

Congratulations to Levidera and SprayPrinter for getting the jury’s approval as well! This time the jury consisted of Tiina Saar-Veelma (Proekspert), Külli Lilleorg (Fontes), Mart Reimann (Reimann Retked).

AIAjujahtTechnology
Previous PostWhat does an advertisement say about your startup?Next PostAbout closing sales with our first corporate customer Telia

Why should you analyse customer feedback?